the joy that comes

Autumn is firmly on its way now. Leaves clutter the kerb outside of our house, and we have had to unpack the cardigans and warm socks that we hid away in our summer optimism. But for me, the year turned two weeks ago, when we opened the door of Westbourne Grove Church on a Tuesday morning to find the streets of Notting Hill in their normal, tidy state. The chaos of the previous two days, when two million people descended on the neighbourhood for the Notting Hill Carnival, had disappeared literally overnight.

Notting Hill Carnival and Bones Camp were different this year than they have been in the five previous years that I’ve taken part. For obvious reasons: we no longer host it at Notting Hill Community Church, and recent terrorist attacks as well as the Grenfell Tower fire in June have changed the atmosphere of Notting Hill. But to be honest, I was ready for a change. I had grown comfortable with Bones Camp (well, as much as one can in a camp that includes minimal sleep or showers), and I needed to be reminded of the purpose. Last year, we expanded Bones Camp to reach more of London. We continued that this year, and throughout the twelve days of Bones, we went to Notting Hill, Portobello Road Market, King’s Cross, Trafalgar Square, and Shoreditch. We all went to church together in Camden on the first Sunday, as well, which felt like taking an army into our Promised Land.

Every year, you hear me say the same things about Bones. We created floats, we walked on stilts, we drummed. We did all of those things this year. But instead of creating a visual marvel this year, we did our floats and costumes on a smaller scale and focused on being intentional with people. I believe that God loves a spectacle that brings Him glory - if He didn’t, would have have vanquished His foes by luring them into the Red Sea and then drowning them all spectacularly? Would He have made Himself a cloud of fire to lead the Israelites by night, or sent massive plagues onto the nation of Egypt? But God is also the King of subtlety. He sent an earthquake and a whirlwind past Elijah, but He was in the whisper that came afterwards. And Jesus Himself did amazing miracles, but according to Isaiah, He wasn’t the most handsome, charismatic man. Different years of Notting Hill Carnival lead us to express different dimensions of God’s heart.

Notting Hill is hurting this year. Grenfell Tower exposed the truth of the gap between rich and poor in Kensington and Chelsea. The tower is visible from all around Notting Hill, yet it may as well have been invisible for all the attention given it before the fire. Even now, after the fire, the gap between rich and poor is drastic. The people of Grenfell have had money thrown at them, but it isn’t helping them. In the case of our Dinner Club acquaintances who lived in the tower, it has led them into a spiral of buying drugs and remaining drunk. There isn’t anybody to help them cope with what has happened, so they are destroying themselves to try to forget what has happened and to fill the gaps left by the friends who didn’t make it out. During Bones Camp, we met with one man in particular who we used to hang out with at Dinner Club and around Notting Hill. He had brand new designer sneakers and a new phone, as well as new accommodation, but he also had a new drug addiction. His life is in worse shambles now than it was before.

One my favourite moments of Carnival was when we paraded up the street with signs and rhythms proclaiming joy and life. Grenfell rose behind us, a shadow of what has happened this year, but we got to make new proclamations over the ground. We spent the afternoons of the Carnival talking to people, handing them handwritten promises from the Bible like, “You are not alone,” and, “You are loved.” And we were there. That is what we are called to be: to be there, and to be Love. We were there to meet people as they tried to fill the emptiness of a year, as they tried to forget what has happened, as they tried to find a reason to celebrate, as they drank overpriced beer and danced pressed against strangers and took recreational drugs.

I love photographing the Carnival, because it gives me a chance to step back and see what is really happening. But I also love going on stilts, because people love to stop and chat. In that moment, we get to give them love and truth. This year, I got to go on stilts in the second afternoon, and I had so much joy from God as I handed out promises to the hordes of people coming down the street. Many stopped to ask what they meant, and we all got to explain the truth about God that flies in the face of everything they’ve heard from the media, from society, from school, about who God is. He is Love, and He is in the middle of Carnival, ready to encounter them.

But isn’t that just like our Father, to be where we least expect Him, inviting us to run back to His open arms? 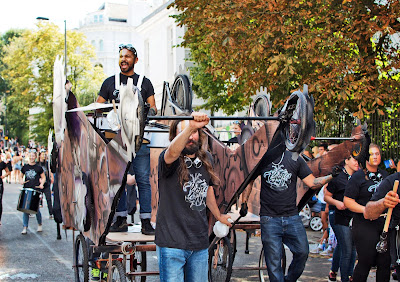 Eric riding one of our floats and drumming in the main Carnival parade. 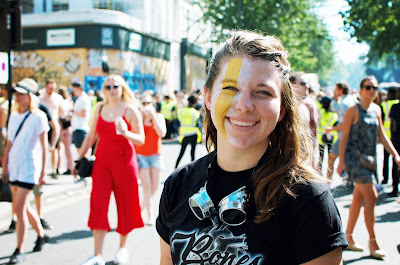 a snap of me at Carnival 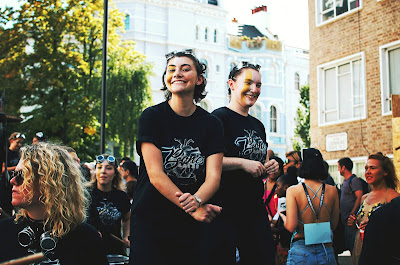 Alli and Gabby walking on stilts in the main Carnival parade. 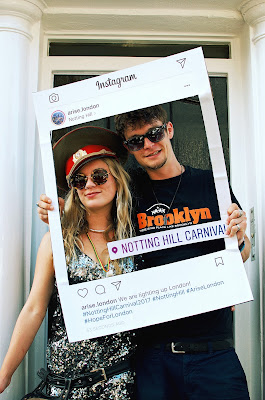 two of the people that I spoke to in the Carnival 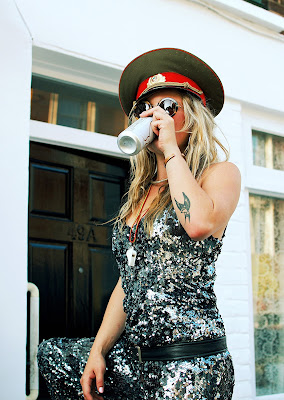 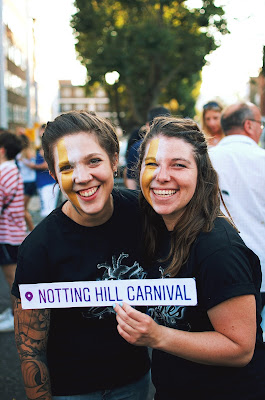 Melo and I doing evangelism in the Carnival 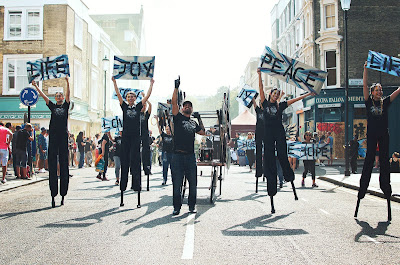 Parading through the streets of Notting Hill 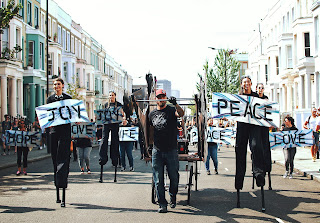 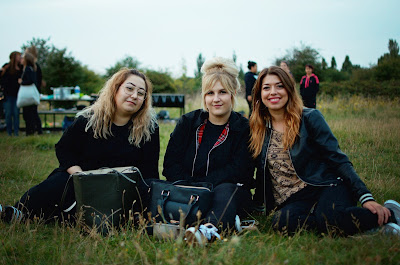 Amanda with two of her co-workers, who came to the picnic that we had before Carnival 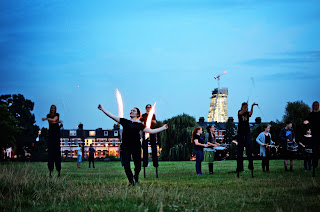 A performance that we gave for the neighbourhood before Carnival 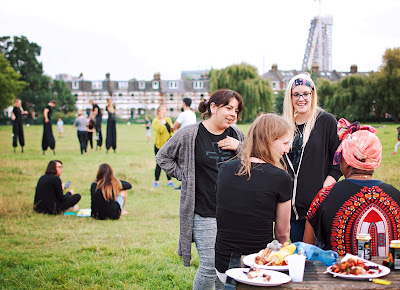 One of the best parts of being on a housing estate (social housing) is the sense of community. We held a picnic/pre-Carnival party for them, and we spent the evening hanging out and getting to know them.