When I heard that we were going on outreach to Brighton directly after Bones and the June internship graduation, I had mixed feelings. The first was one of exhaustion – I just wanted to go home to a bed. But then I remembered that I didn’t have a home yet (We received our third house, a house in King’s Cross, on 19 September, and that is the home that I am currently living in), and I also remembered that I love Brighton. Brighton is a seaside city just an hour south of London. It is full of artists and cafes and people who are keen to stop for a chat. Juliette and I led an outreach there in 2014, and it was the time when the team became a cohesive unit rather than a group of 12 individuals.

The week that we spent in Brighton this year ended up being warm and sunny. We stayed in a small church in Fishersgate, a town just to the west of Brighton and Hove (the technical name for the two cities who run into each other on the seaside) and worked with a church from Hove that was having an evangelistic outreach week. The church has spent a lot of time in prayer and doing evangelism in the area, and the difference in the city now, as compared to two years ago, is noticeable. They have been so faithful to do what God told them to do!

One of the most surprising parts of our time in Hove was the openness of the people to hear about Jesus. Whilst we were lingering after a time of evangelism, two people approached some of us to ask us about Jesus. We thought that evangelism was over, but they had questions about Jesus that they wanted answered. Several people were also saved during the evangelism times that we did with the church, and others were healed or committed to returning to church.

There is revival happening in some parts of the UK. People are returning to church in large numbers. While we have not seen this yet in London, it was so encouraging to get out of London and to see what God is doing across this nation. We have been praying for the hearts of the British people for so long, praying against the apathy that our generation has towards God and religion in general, and God is answering that prayer.

London often feels very self-important. There are so many different nationalities and religions here, and it is the centre of the UK (and, in some ways, of the world) for finance, business, fashion, politics, arts, etc. But a move towards Christ in the UK doesn’t have to start in London. In fact, it seems as if it isn’t. While we see growing numbers of Muslims moving to London daily, a church in Reading has seen over a thousand people join it since late spring. While we hit the streets of Camden weekly to invite people to church and celebrate when one of them shows up, churches around the UK are seeing dozens come home.

God is so faithful to us. In Brighton, He reminded me that He is the God of my seasons. He knows me. He knows what revives my soul. He knows that I pray for the hearts of English people to be transformed, to be radically changed by an encounter with Him. And He knew that, as much as I wanted to sleep in a bed, what would really restore me would be to watch people come to know Him. At one point during evangelism, I watched as the pastor of the Hove church led two women to Christ. I turned to the side and saw Carrie praying for a man, then turned further and saw Anna, one of our DTS students, praying for another man. Behind me, several of the other staff and students were playing worship and improvising dance. The presence of God on that shopping street in Hove was so great that all I had to do was turn in a circle to see Him moving. 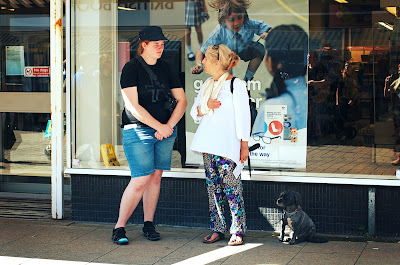 Anna talking to a woman in evangelism. 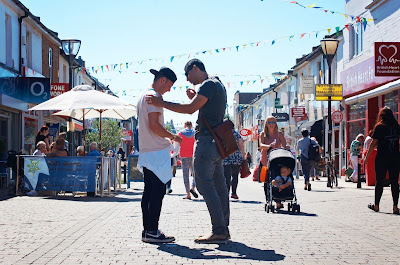 The pastor, Mario, praying with a guy who met Jesus. 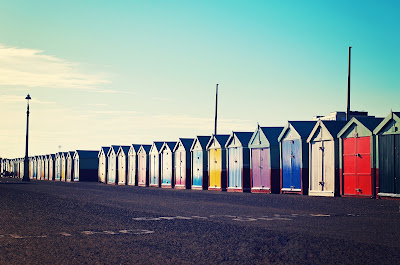 The traditional beach huts of Hove 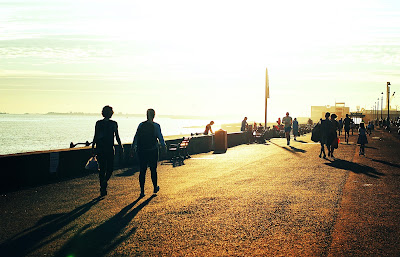 Carrie and Juliette leading us home from a DTS teaching we had by the sea. 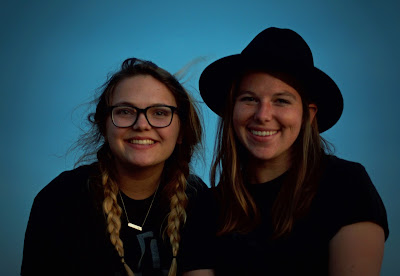 Me with one of the girls I mentor, Brennan.
Posted by Rora at 5:54 AM