I love the International Arts Gathering. From emailing participants ahead of time and getting to know about them to meeting them at the Gathering to learning about their hearts as they share the triumphs and struggles of being a Christian artist in the sphere and place God has put them, it is always a week that changes me. It gives me a more global viewpoint - I take my eyes off of my belly button of art here in London, and I see what it is like to be an arts pastor in Vienna, like one of our friends this year, or to start a new arts base in northern Italy, which is what another of our friends is doing.

This year, we held the Gathering in Rome. It was a challenge to find a place to meet together in Rome, because the city is largely Catholic. But the place that God provided for us, an evangelical church in one of the most beautiful neighbourhoods of the city, was even better than anything for which we hoped. The pastor told us that tradition says it is a place where Paul wrote one of his letters.

Even more precious than the location, though, was the opportunity to spend four days with other Christian artists who are fighting and planting and nurturing projects around Europe. We had participants from Norway, Hungary, Austria, Italy, Israel, England, and France, and those are just the nations where they are serving. There were several more nationalities represented. Several are pioneering new ministries or centres of artistic ministry, while others are going through hard circumstances in the places where they have been serving faithfully.

The worship transformed hearts, and not only our hearts. We opened the doors of the church and took the drummers and dancers outside, and we drummed with drumsticks on fire the dancers used fire pois to draw a crowd. Crowds gathered before we even began, and Christian preached to them with Sara, our Italian teammate, translating. I am used to crowds in London, who flee when Jesus is mentioned, and while we did have that reaction from visiting Brits, the Italians were keen to know more. We left the doors of the church open, and they followed us in and joined us for worship.

I believe that Rome is hungry for God, that centuries and millennia of religiosity have left them starved. The people are warm and open to talking, and they don't shy away from religious conversations. Or at least, the ones to whom I spoke did not.

We take the Gathering to a different city every year, and for this very reason. We often get so caught up in what God is doing in and through us that we have no idea how God is moving elsewhere. But for the Gathering in Rome, and afterward when we got to participate in a combined meeting of all the evangelical churches in Rome to celebrate the 499th anniversary of the Reformation, I saw how God is moving in Italy. I know how to pray specifically for the city and nation, and when I go again, I will have a better idea of how to talk to people and of what we are fighting against. Rome is often considered the birthplace of Christianity, and I think that it is a time when Christianity is being birthed there again. 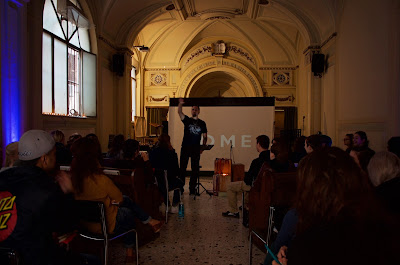 Chris giving a teaching at the Gathering. 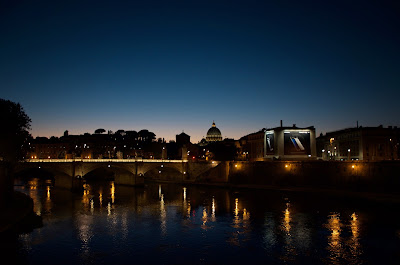 The Tiber with the Vatican in the background 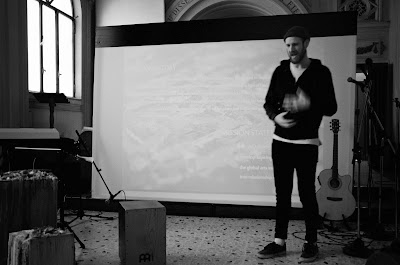 Jonny sharing about the ministry in Norway 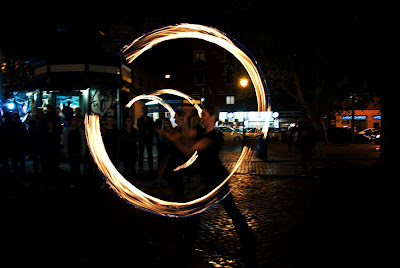 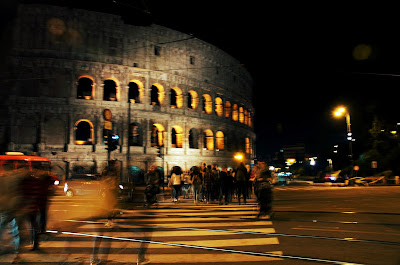 the Colosseum at night 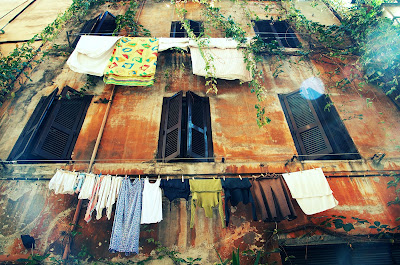 a typical street in Trastevere, where we stayed 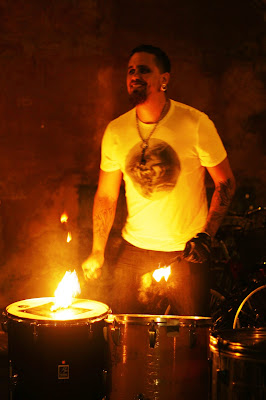 Chris playing the drums with drumsticks on fire 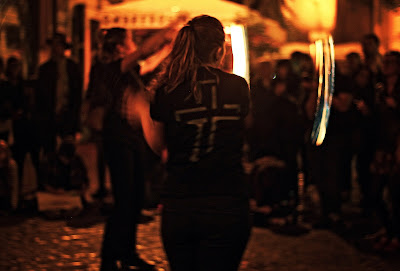 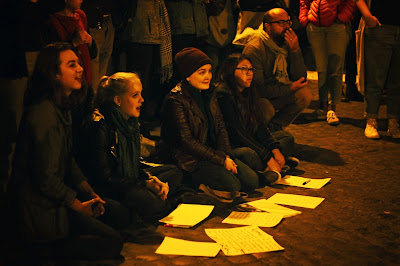