I am just popping in for a quick post on a busy Sunday morning, busy because, in addition to team activities, I have had the privilege to participate in two other activities over the past months: half-marathon training and rehearsals for a play. They are diverse, but they are both passions that God has given me, and it has been an absolute honour to include both of these into my life here in London.

Many of you may remember that my university degree is in theatre. Many of you may not know that, the year I began university, I also began running. After nine years (yes, nine!), I am doing my first "real" race next Sunday morning. I will be running the Royal Parks Half Marathon, and if all goes well, I will potentially be running the London Marathon in April. I believe that I take the Spirit of God with me wherever I go, and that by training these past six months, I have taken God with me all over the city. I've seen areas that I wouldn't normally venture into, met people, been a part of activities (I've seen the Queen's Guard twice!) that I hadn't planned on attending, and had lots of time to pray and listen to God's heartbeat for this city. I'm running for a charity called Shelter who seeks to give counsel to those facing homelessness, and through that counsel and those resources, to help them find homes. I am still about £100 short of what I need to race, so if you would consider contributing to my race, you can do that here: http://uk.virginmoneygiving.com/deborahstevenson

I am also a cast member in a new play by Mervyn Weir that is called "Here I Stand." This October marks 500 years since the Reformation with Luther and his other Protestant compatriots, and the play is a call to arms for the church in England. The church here is divided and, largely, empty. That is something that has weighed on the hearts of my team members and I for years, and getting to be a part of this play has been amazing. It is not just for church goers; rather, we play in secular theatres around the UK. Last night was our opening night in Cardiff, Wales. Some people came from as far as Germany to see it! The whole cast was driven to Cardiff from London together, and we spent the day in technical rehearsal and doing the show. It went really well, and we arrived back in London around 2:30 am. The show goes up in London on 21 October and in Birmingham on 28 October, so if you're on this side of the ocean and would like to come, you can purchase your tickets here: https://www.eventbrite.co.uk/e/here-i-stand-london-black-history-month-tickets-35784904613

So there you have it! Life is full in London, and leaves are covering the streets, and the days are shorter, but we are still running for the prize (pun intended). I am sorry that this update is so short, but I desperately covet your prayers for these "extra-curricular" activities that I get to take part in. And if you manage to make it to either the half marathon or to one of the shows, please let me know! I would love to see you! 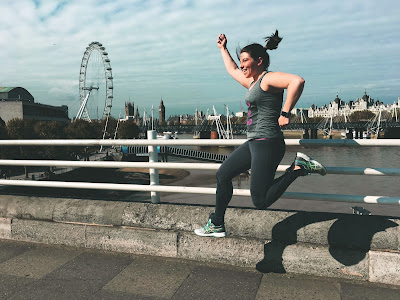 Running training by some landmarks 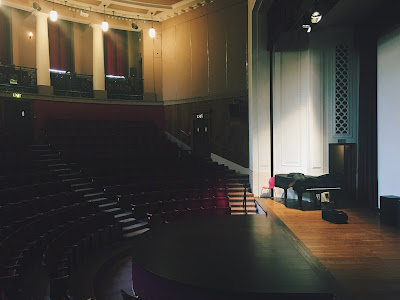 The theatre in Cardiff 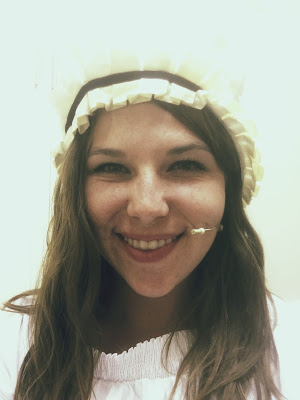 a terrible picture of me in costume