together, we cannot be silent

Throughout June, I watched as the Black Lives Matter movement grew and swelled across the US and into England. Our protests were not as violent or as quick as the ones in the States, but age-old wounds were brought to light by our neighbours, and as a church, we listened and sought God's heart. And we weren't the only ones. Through conversations between pastors, the idea for a demonstration by Christians was born.

On Friday, we met with dozens of other churches and Christians from around the UK to have a time of peaceful protest and prayer in front of Parliament. There were no other protests happening; in fact, it was eerily quiet in Westminster. We all wore masks and tried to stay socially distant, but we weren't actually distant. Our churches have still not been able to meet together, and as we met across the street from Parliament and began to pray together, I realised that it was the first time that we've gathered together physically since March. It was such a privilege to get to be together to fight for God's heart in the midst of all of the unrest that is pouring across our planet.

We stood together for racial equality. In the past decade, several bills have been passed in Parliament that fight for racial equality, but they are not being upheld. We exhorted Parliament to uphold them, and we prayed that God would convict their hearts and ours as we learn what it means to fight racism, both systemic and in our own hearts.

Eventually, we made our way to Trafalgar Square, where we prayed together again and spoke to the few people who were out and about. I got to pray with some girls from Reading (a city near London) and to talk with men from around the nation. There was a little push-back from some men who felt that slavery should still be legal, but for the most part, COVID19 has made people much more willing to talk to strangers and to be more real about what is happening in their hearts. I was also walking on stilts, so I got to meet a few different children.

A year ago, a protest like this would have been an activity that was exciting, but as soon as it was over, I would have forgotten it. But everything is different now. I remembered an impression I felt last winter as our whole base prayed together in Trafalgar Square. We had been planning OneFest, an event for the churches to host together this month (which we had to cancel in April due to the pandemic). The impression was that what the noise that we made together would reverberate off of the embassies and offices that surround the Square and bounce across the UK and Europe. On Friday, our drums made just such a noise as we stood with other churches and Christians and asked God for His heart and to see Him move. I believe that God is doing something incredible in London this year. We have all felt that it is a year of revival, and God can do that as easily in our houses as He can in our church buildings and arenas.

So I have to tell you, four days after our demonstration at Parliament, I am still thinking about it and praying over it. And I feel expectant. 2020 has been full of so many surprises so far, but the one I am waiting for is to see how many people have met Jesus and had their hearts transformed in this time. Covid isn't all bad. I serve a God who can work all things together for good. 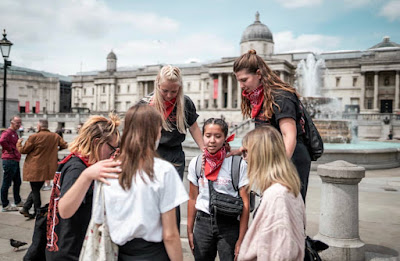 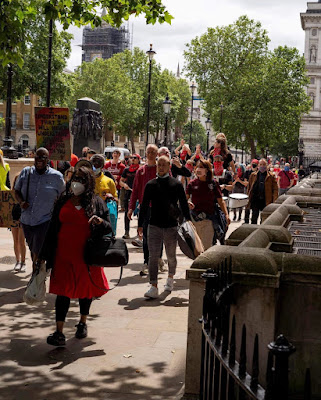 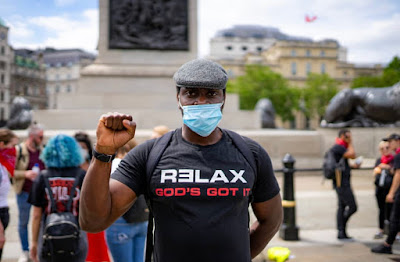