There was a moment on Friday night, as four of my Radiant mates and I knocked on doors of the council estate nearest Hope and Anchor Community Church, that I forgot about the cold and dark and genuinely just enjoyed getting to be God's hands and feet in Camden. When we knocked on the doors, we never knew the reception that we would get. Some women refused to answer, even when they pushed back the curtain and saw Victoria and me smiling back at them with gifts in our hands. One man opened the door in nothing but his underpants. In London in December. His heating must work very well. And there was one man who opened the door ready to knock our living daylights out. But then we gave him the gifts for his family, and he nearly cried.

But I'm getting ahead of myself. Let me explain why it was that we were on an estate after dark handing out mysterious gifts.

Back in early November, after a weekend of paperwork and interviews and inspections, we were drained and decided to think of a way that we could bring Christmas to London on a big scale. One thing led to another, and before our week officially even began, we had ordered 10,000 anchor pins to distribute to the people of London. But just giving them a pin wasn't good enough. We wanted to give them gifts. So we ordered straw and boxes and stickers, and last week, our Radiant offices became an assembly line as we constructed boxes and packed pins to take to the people of London.

This Christmas season has seemed especially dismal in London. Maybe it has something to do with the Brexit chaos that our Parliament is sorting, or the fact that we nearly lost our Prime Minister last week. Or maybe it's that 2018 was a rough year. And the holidays are always rough. It's a time of hope, but the emphasis on hope seems to also highlight what we don't have. We originally wanted to have a street party for the people of Camden, so that we could come together as a community in a time of loneliness. It would be full of free food and live music, a camel, gifts for everyone. It would celebrate the true Christmas spirit, that God fulfilled His greatest promise to the people that He loves. But the permits didn't come through, and we planned instead a Christmas dinner for anyone who will come.

Back to knocking on doors. It's the first time we've gone door-to-door in Camden. People in London aren't necessarily warm and friendly (as I'm sure you've gathered). They don't take kindly to having their dinner or telly time interrupted by strangers. But Friday night found us laden with boxes of gifts and numb fingers that made it a comedy sketch every time we fumbled for boxes and Christmas dinner invitations. In the midst of it all, as I watched Federico cajole passersby into taking a gift from a stranger, or as Victoria, Sara, and Elin chased down strangers at bus stops, or as Sergio pulled the gifts out three at a time, I was struck by the privilege of it. This is something that God dreamt of. I truly believe that it thrills Him to see His children chase down others with a little box of hope.

And we have at least 9,000 gifts left to give out this week. The best is yet to come!


The process of creating the gifts: 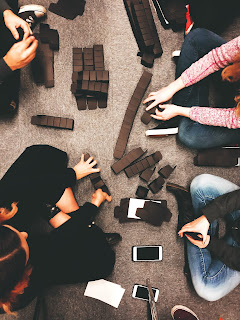 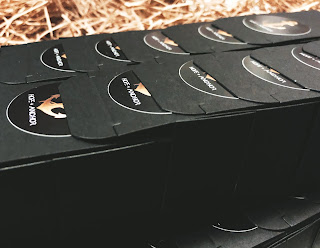 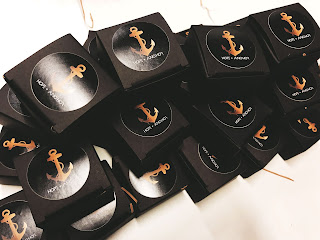 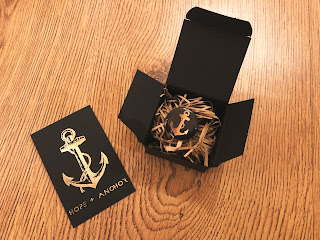 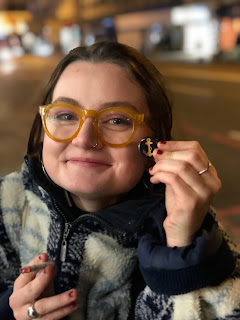