On Saturday, the last day of the Olympics, our DTS leader, Mats, surprised us by taking us to Wembley to do evangelism. Wembley is the next town to ours, and it was the location of the Brasil/Mexico football final.

The whole team was tired, since we had gotten back from Soho around 4 am, but we were excited to be at an actual Olympic event. We broke into teams to evangelize, and Lexie and Jason held up this sign right in the main pathway to the stadium. 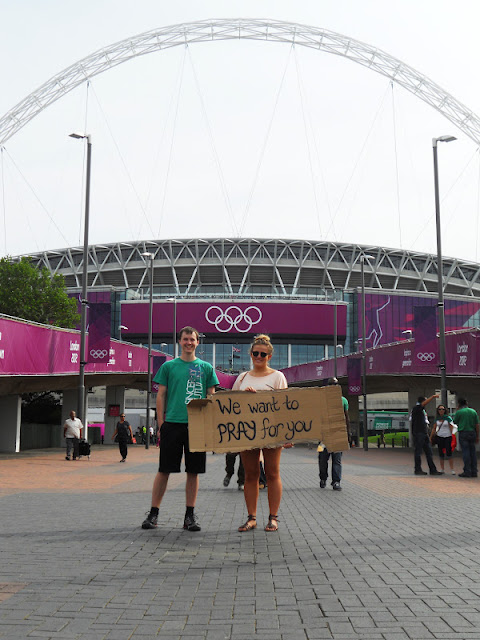 Meanwhile, Amy and I went around the area to speak to people. 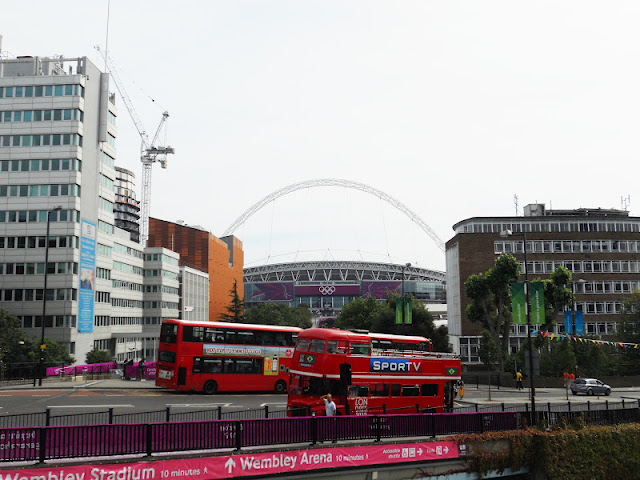 This is a group to whom we spoke briefly. They were Brasilian, and they asked me to be in a picture with them. 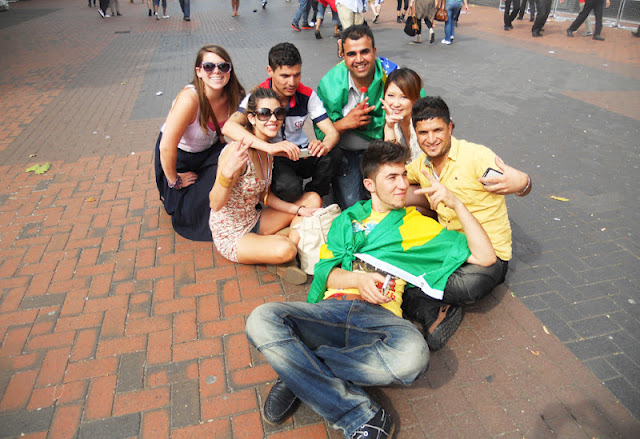 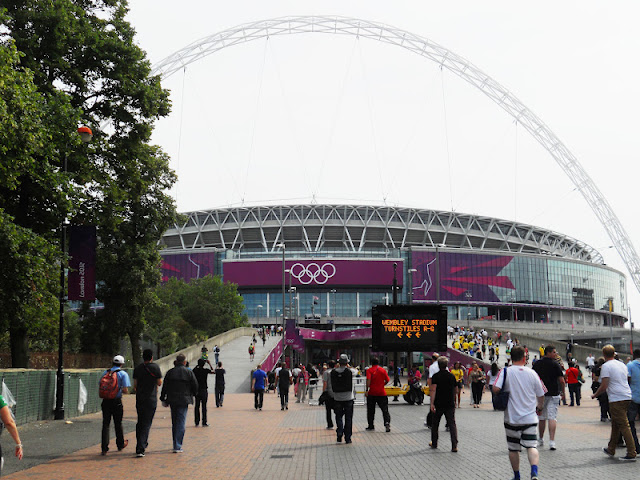 This is me with Amy, my roommate and partner at Wembley. Together, we talked to a Bosnian athlete and her coach and prayed with a British guy about our age. Then we stood by the "We want to pray for you" sign as the match let out (Viva Mexico! They won!), and while there were a lot of mean things said to us, it was also exhilarating to be so open about why we were there. I spoke to two more people and prayed with them, and many others thanked us or took pictures. 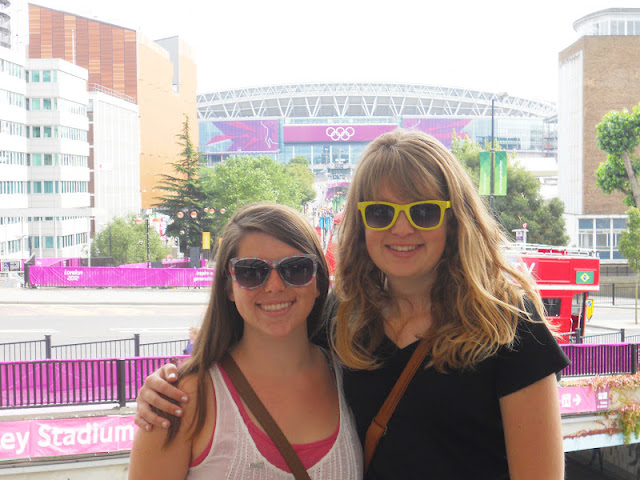 Our leader, Mats, found us all, and we followed him through the massive crowd to where the Arts House, our sister base, had set up drums. They began drumming, and loads of Brasilians came to dance. They danced for about an hour, and everyone going to the subway stopped to watch. It opened up a lot of conversations. I surprised myself by dancing with them - the latin dance lessons I had really paid off!

I noticed a woman watching, and I went to speak with her. Her name is Andra, and she married a Muslim man, but she was a Christian. For a while, she had been doubting whether or not she was still a Christian. But we talked, and I ascertained that she still believes that Christ is her Saviour, as she accepted Him years ago. She said He is still her Saviour, and that she loves Him, so we prayed for a while and exchanged contact information. Please pray for Andra, that God's love will be evident in her life, and that she will enjoy a prosperous relationship with Him.

Now the Olympics are over, and we are getting ready to move into a church for 3 weeks to be a part of Bones, an arts camp that prepares for Notting Hill Carnival. I won't really have internet access, so I may go quiet for a while. The camp is pretty intense, though, so please pray for us. Bones is basically worse than Soho as far as sex and drugs and alcohol go, and it takes over Notting Hill for a whole weekend. We are going to be there as Christ's lights in the middle of the vast darkness.

I will see you guys during Bones!
Posted by Rora at 2:06 PM

Email ThisBlogThis!Share to TwitterShare to FacebookShare to Pinterest
Labels: evangelism, olympics, pictures of me