Today marks three weeks of being in Puerto Rico, of traveling the island in our four-van caravan, of visiting churches, schools, rehabilitation centers, public parks and squares, and even the beach and the rain forest!

One of the things that God has been teaching me while I have been here is to open my eyes to see the beautiful things that He is putting in each of my days. We are on outreach, which means that we are prepared to give up the comforts of our lives in London. However, the people of Puerto Rico have such generous hearts that they keep taking care of us in unexpected ways, whether it is through donations of clothing and flip flops or through feeding all thirty of us the traditional Puerto Rican meal of chicken or pork, rice, and beans.

Puerto Ricans also love to get to know new people. Even as I was just in the queue at Starbucks, a man read the name on my cup and starting asking what I was doing and telling me about his life as a chef on the other side of the island. Evangelism is much different than it is in London, because people love to stop and chat for a while, and we leave with new friends. When we spent a week at a church in Caguas, a city near San Juan, the people of the church all came around to check on us and make sure that we had everything that we needed. The women all wanted the chance to cook for us, and they were upset when they didn't have a turn!

This is a culture of extremes, and while a lot of the people here go to church on Sundays, they often do not carry that into their weekday lives. It is heavy on our hearts to inspire the people of Puerto Rico to commit to Christ, to fall in love with Him and to pursue Him with their lives, rather than to go to church on Sunday and live the rest of their weeks in their own ways. Puerto Ricans have passion and perseverance that we desperately need in this battle that we fight to bring God's Kingdom to Earth. I believe that, as God stirs more of their hearts, and as we pray for them to commit their lives to Him and what He calls them to, we will see more Puerto Ricans being sent to bring nations back to the feet of the King.

There is only one more day left in 2015, and I am so glad that I will get to spend it here, looking back on the miracles that God has done, on the places that He has led our team to visit, on the ways that He has provided unexpectedly, and on the challenges that He has led us through. And I look forward to spending 2016 doing the same: meeting new people, traveling to different places, and following God. 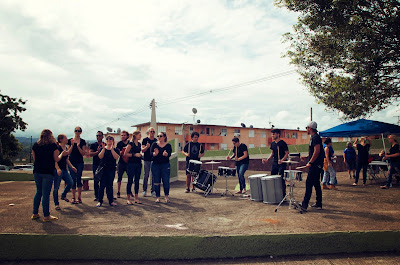 The musicians and drummers singing worship songs on the streets of Bayamon. 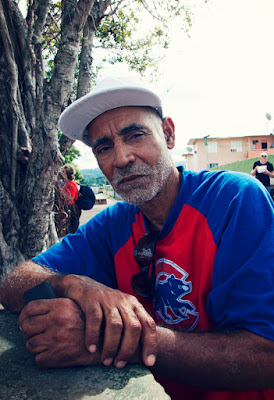 Luis, a man that I spoke to for a long time in Bayamon. He sees evidence of God in creation and captures it in words. 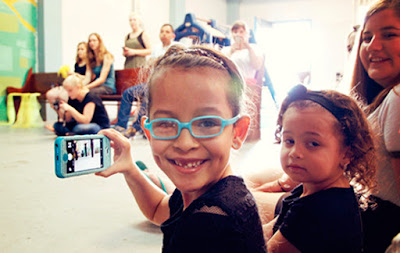 A little girl in a school in Caguas who didn't want to dance, but was keen to learn photography instead. 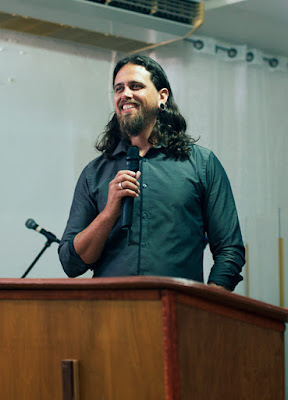 Christian speaking at a church in Carolina. 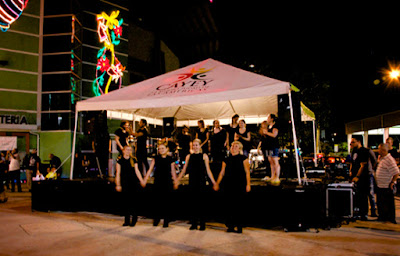 The dancers and musicians at a Christmas festival in Cayey. 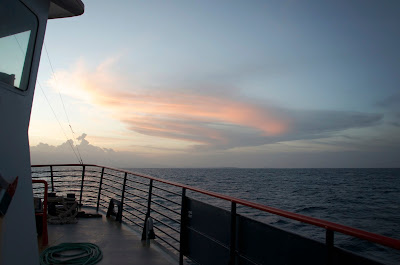 The ferry from Culebra, an island off the coast of Puerto Rico. 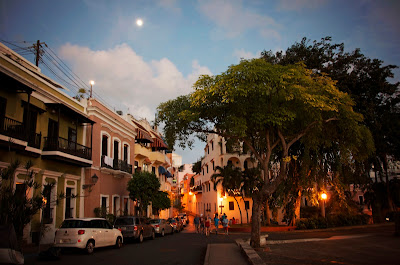 Early tomorrow morning, we leave for Puerto Rico. It has been a week of packing, preparing our arts, and tying up the loose ends that come from putting our London lives on hold for six weeks so that we can go and give everything that we have in Puerto Rico.

This outreach will be six weeks of using arts to reach people for Jesus, whether those arts are in the streets, in churches, or in schools. I do not have a full picture yet of what it looks like, but I am excited to see God use us in the lives of non-Christians and Christians alike. I've also heard of the incredible warmth and generosity of Puerto Ricans, and after living for over three years with a team leader who is Puerto Rican, I am looking forward to seeing his homeland.

A week ago, we had an exhibition in Notting Hill that gave us a chance to show our community what we have been creating over the past three and a half months. There were live music and dancing as well as fashion, visual arts, and photography on display. We had a lot of people come who have encountered us in these past months, whether through the homeless dinner club that we run out of the church, or through various evangelism events (or just through us living our lives in our neighbourhood) around the city.

It is always odd to pause everything to go on outreach, but at the same time, it still amazes me that God gives us the opportunity to travel around the world for Him. We get to live in so many different cultures that I never dreamt of experiencing for myself. And while I am excited to be in dollars again and to go to shops that I grew up with, I also know that Puerto Rico, my first Caribbean experience, will be different from anywhere I've gone before. I believe that God has special things in store for this outreach - encounters with people who will bless me, and people whose lives I will hopefully get to speak into, seeing His hand across the island, and seeing our discipleship training students reach out to invest what they've learned in this time.

And as usual, I expect to have lots of photographs and videos to show you when I return! 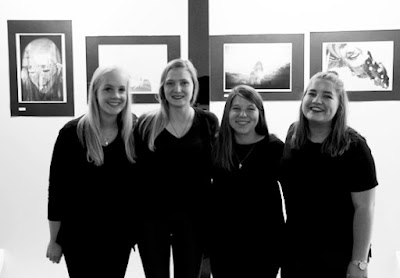 Carrie, our photography students, and me 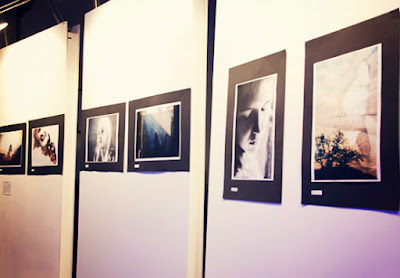 Our photographs on display 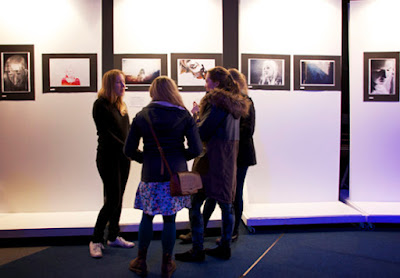 Erin explaining some of the artwork to some of our friends 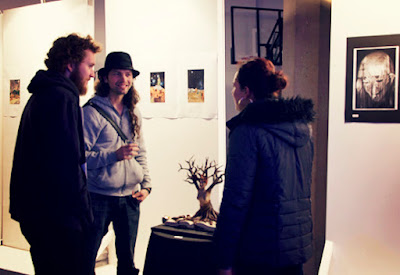 A discussion over a tree that one of the students sculpted. 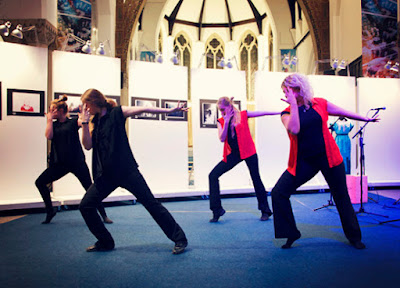 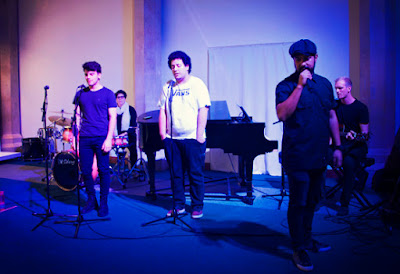 The guys performing a cover from Mumford and Sons