we call out to dry bones

This year was my fifth Bones Camp and Notting Hill Carnival, and I thought that I finally had it down. I knew how to reduce my caffeine intake in the months leading up to Bones so that caffeine would have its full effect again. I knew which clothes to pack for all ranges of weather, which snacks to buy to have maximum energy, when was the best time to take showers. I felt prepared.

But Bones was different this year. It was part of Arise, our month of reaching out to all of London, which meant that we got to go on evangelism to different parts of the city each day. There were also a lot more of us YWAM Radiant team members there, and everybody carried different weights of the week so that a lot more of us got to focus on reaching out to people, which is my favourite part of Bones. The theme of Bones was worship, and we worshipped in different ways throughout the days and nights of Bones and Arise.

During the first weekend, the whole camp packed up and went to Shoreditch for a night to work with a church there. We went on outreach from our outreach, and we got to take everybody to touch a part of the city that we love. Our drummers were warriors, drumming through the streets of Shoreditch and declaring God's victory over the area. Their noise attracted a lot of people, and we got to have deep conversations with many of them who perhaps wouldn't normally stop to talk to us.

We also had Tred with us, a dance and percussion team from around the world and based in California. They traveled around the city with us, doing performances as we spoke with the people who stopped to watch. They had such a passion for meeting the people of London that it re-ignited my own passion.

The Notting Hill Carnival itself also felt different this year. It was quieter in some ways, and fear and anger from the Brexit and all of the terrorist attacks around the world simmered just below the festival atmosphere. We handed out promises of God on slips of paper, the same as we have in past years, and people stopped to express the longing in their hearts for a God that is bigger than what is happening in our world. A lot of people seem to feel hopeless at the course of events this year, at the violence and hatred and anger that is constantly reported in the news. They were so honest with us, and we found ourselves staying outside all day, because we wanted so much to share with them that the God that they long for is the God who Is.

I saw us shift this year. We shifted from focusing on accomplishing tasks and making things happen to truly worshipping God through all of it, which gave us a heart for speaking to as many people as we could. There were even two men who came from the Dinner Club that we hold for the homeless and needy of our area. They stayed all day and helped us build the last pieces, carry the massive animal floats that we had made, and stand guard during the times when we were out in the streets. They became a part of our family through the Notting Hill Carnival.

Now the coloured smoke is finally washing off of my shoes, and my costume t-shirt has faded in the wash, but the conversations that I had are still fresh in my mind.

So many people in London long for God. They want to rely on their minds, on their rationalism, but in their depths, they long for God.

And we long for them to encounter Him. 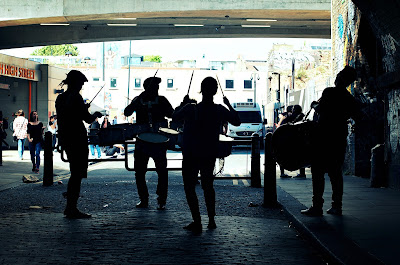 The drummers during evangelism in Shoreditch 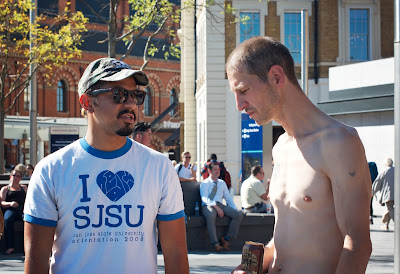 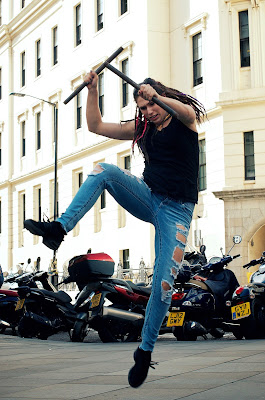 Tred at work during evangelism 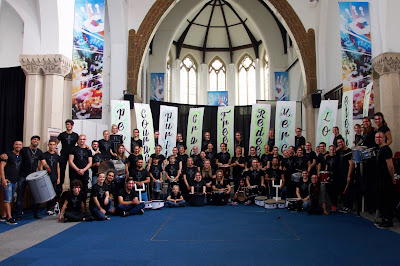 The whole camp before our parade through the Carnival 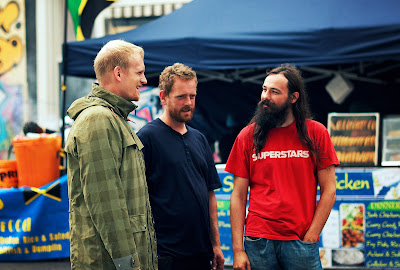 The men who came to help from the Dinner Club (with Ole). 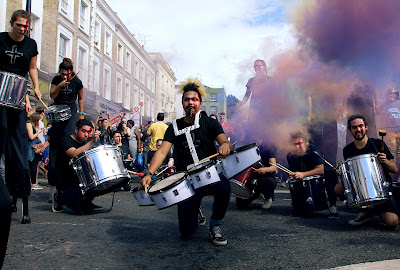 Kneeling down during the parade 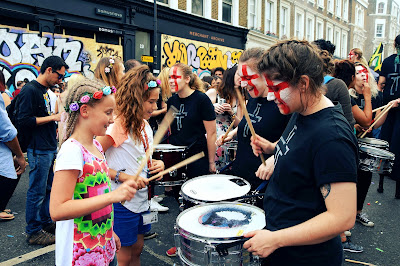 Letting girls drum during the parade 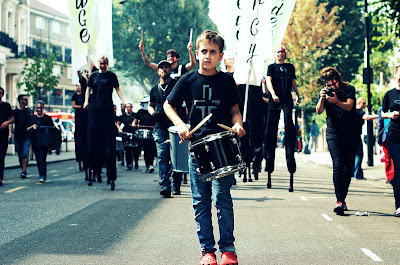 Guimel leading us all through the Carnival 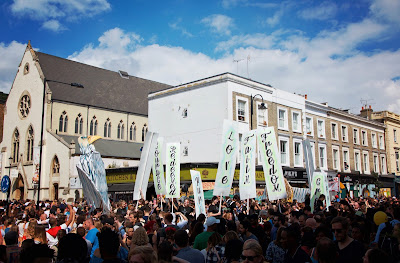 The block party we had by the church 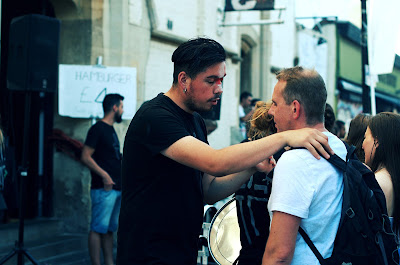 Praying for a man during evangelism 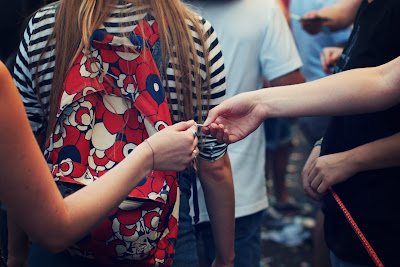 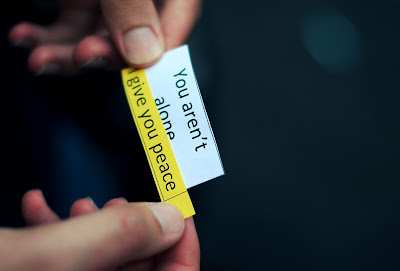 Some of the promises that we hand out 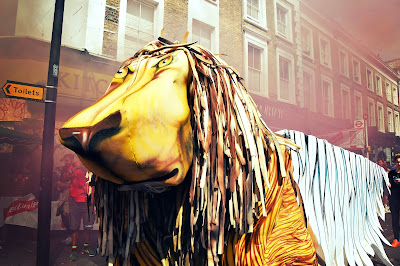 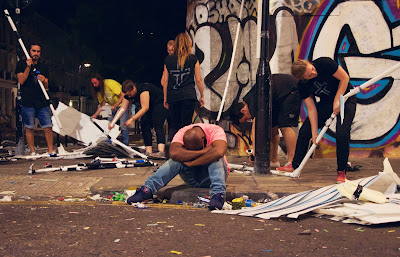 A drunk man and us cleaning up in the background

And here are some pictures of the people that we met during Carnival: 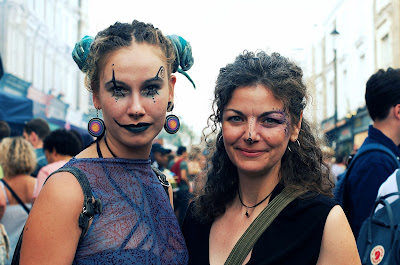 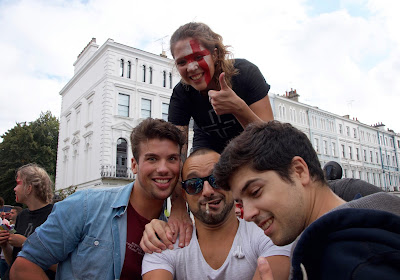 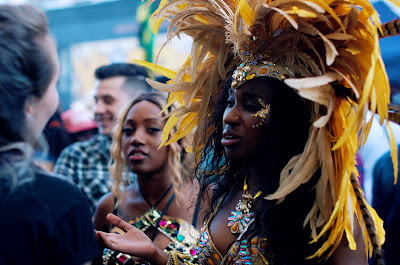 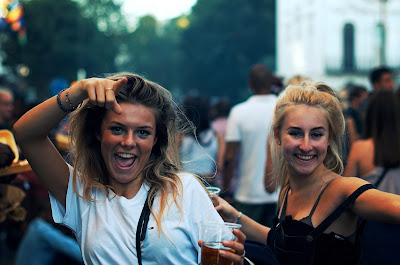 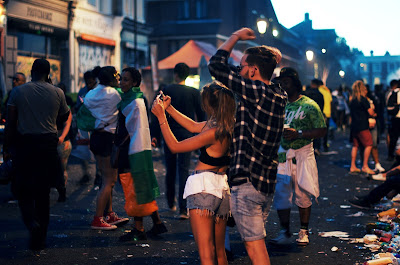 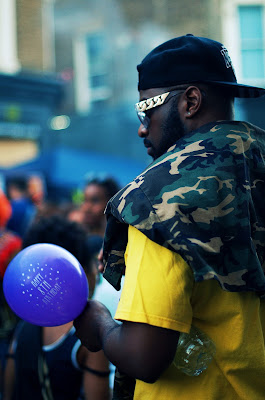 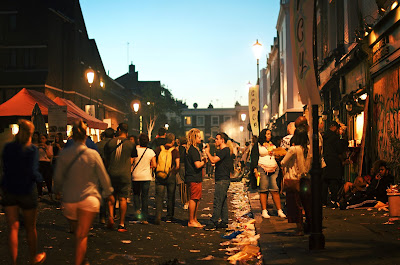 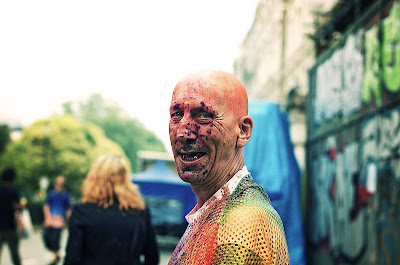 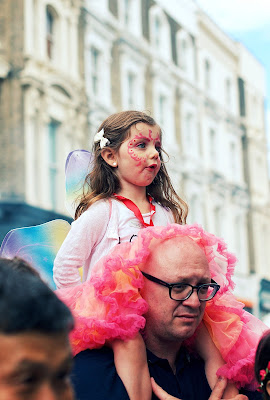 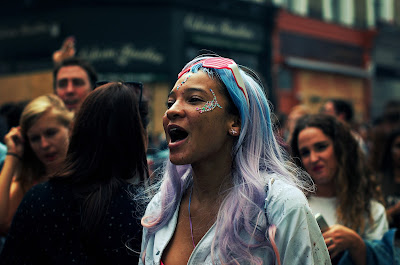 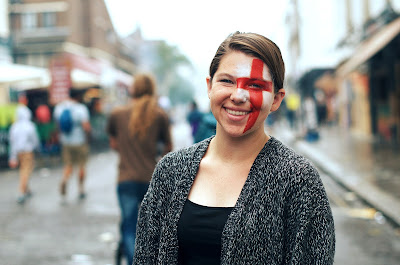