YWAM London Radiant is doing well at the moment. We don't have the virus, but we are staying inside our houses to avoid infection as the count has sky-rocketed in London in the past two days. But that hasn't stopped us from keeping on! We are carrying on with our internship as usual. We have teachings via a group video call, so everybody still interacts and responds to questions. We also still have ministry times every day, and on top of that, we've been deep cleaning and fixing things in our houses.

I think that it's really amazing to be going through this in a time where we are all still connected to each other, even though we are separated physically. Through social media, I've been able to spend this time talking to friends that I've lost touch with in recent years. We're all stuck at home, so we're actually taking the time to go deeper in relationships that have gotten shoved aside by what is happening in the here-and-now.

But nothing's happening in the here-and-now, so we have the time to actually be here. Now. My housemates and I are working, eating, cleaning, and having fun together. We've planned a disco party for Meli's birthday on Monday, and we're going to dress up and wear make up and barbecue hotdogs. I've started an Instagram photo challenge that allows me to meet people who I wouldn't ordinarily interact with, even on the internet. And we're praying together and diving deeply into God's Word, which was a goal we had as a team this year.

In our retreat in December, we talked about focussing in 2020. We spoke about making our houses ecosystems that sought God together. We talked about what it looks like to form families in our houses across London. And now we are really having time to dive into it. No, we can't go out into the streets right now, but that's okay, because the people aren't in the streets. They're on their phones, or their laptops, just like you probably are if you're reading this. They're alone and scared by the statistics and lack of surety. And we're on our laptops and phones, messaging, creating content that brings hope back into the mix, and shouting loudly about Who our hope is. Because He's right here in the middle of this virus. It hasn't taken Him by surprise. We don't know when we will be able to leave our houses, but until then, we are going to reach out in any way that we can!
Posted by Rora at 11:21 AM No comments: 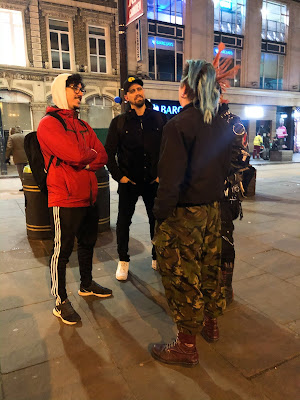 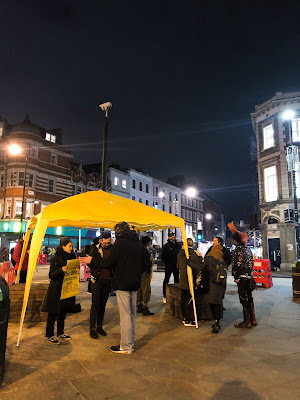