Summer is always a time of outreach for our team. We have an internship that begins in June, and we spend July and August traveling around Europe with them. This year, we spent July building a cafe at the YWAM base in Brussels and traveling to the north of Spain to visit a base that was pioneered a year ago - at the same time as ours - and is getting ready to have their first DTS. We didn't do a lot of art this summer, but rather, we supported other YWAM teams in what they needed.

I don't know how many of you are artists, but if you are, you probably recognise the predisposition of artists to focus on their own work and progress. This summer has been a season full of looking to others and seeing how we could help them. When we went to Brussels, I was painfully aware of my own inadequacy to build a cafe. But I had to face my own pride at not being good at construction and do it anyway. And in the end, our team's mix of skills and willingness to do it blessed YWAM Brussels with a new cafe space for their cafe AKA Zoe, which means "Also known as life." We spent the time sowing into conversations that will happen there, lives that will be transformed, encounters with God that will occur.

The time in Spain didn't feel like a missions outreach, because we were visiting our friends at the base that they started a year ago. The base is only a short walk from the beach, and we did Zumba evangelism most days on the beach. There are so many ways to do evangelism, and Zumba evangelism was definitely a way that I enjoyed. There was also a team of American teenagers visiting the base, and we got to show them a taste of missions life. It reminded me of being 16, when I had the whole world in front of me (I sound 56, not 26!). To be honest, I think that being 26 is easier, because I have already passed through the season of choosing a university and course of study. I have learned to listen to God's guiding in my life and that making decisions that don't make sense to others doesn't make them wrong decisions.

In late July, we came back to London and traveled south to the River Thames to stay at the Salvation Army in Chelsea. While Chelsea is perhaps the most posh area of London, the World's End estate, which is where we stayed, is not. It is a predominantly Muslim estate, and the Salvation Army just recently re-opened. It is the first time that our team has stayed in Chelsea, so we spent the weeks there preparing the ground by doing evangelism and praying in the streets and meeting children at the community centre on the estate.

Now we are back in Notting Hill, and the internship and staff have moved into the church alongside the DTS that began last week. There are over 40 of us here now, preparing for Bones Camp, our biggest outreach of the year. It will be my fifth Bones Camp and Notting Hill Carnival. I cannot believe I have been in London so long! 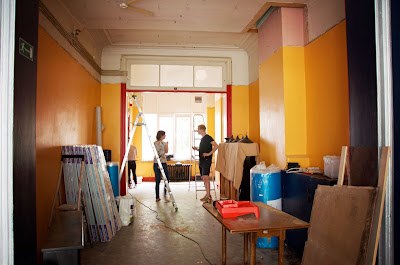 The cafe in Brussels before we began. 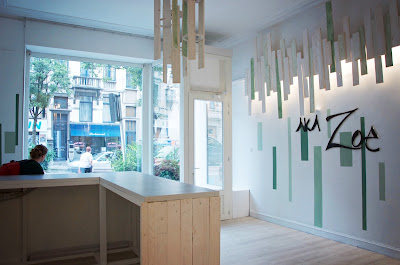 The cafe when we had finished. 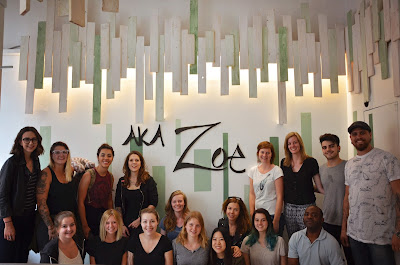 Our team with YWAM Brussels 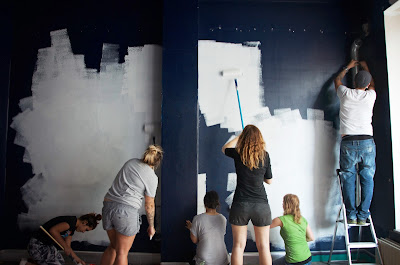 Working on the cafe 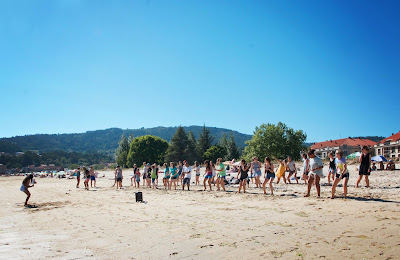 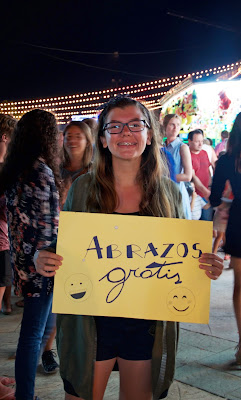 Evangelism at a carnival in Spain 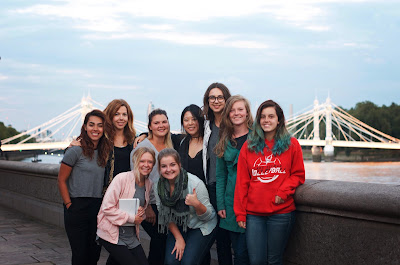 Our interns in Chelsea 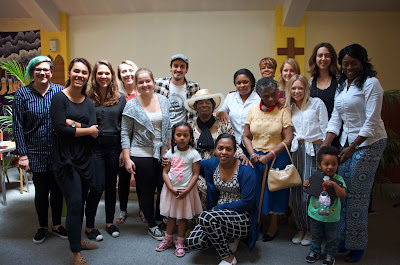 Working with the Salvation Army in Chelsea 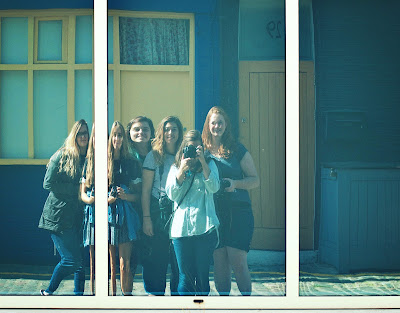