"Look at this bracelet. It says 'unknown.' I woke up in hospital on Monday with this bracelet on my wrist that says that I'm unknown. I'm unknown from unknown. And my heart stopped - they had to use adrenaline to bring me back to life. I died as John Doe."

When Tommy approached Jorien and me at Streets Kitchen in Camden on Friday, I thought that he was drunk. I assumed he was just another of the homeless men who drink their days away to keep from seeing their hopeless situations. But when he showed us his hospital bracelet and started telling us his story, I realised that I had judged him wrongly. He is a man with a heart for God and a past that haunts him.

Tommy served in the Royal Air Force in Iraq. His Land Rover was hit with friendly fire, and he sustained injuries. He killed seventeen men, and he is haunted by their faces every night. And every night, he begs God for forgiveness. Because he is Catholic, and because a Catholic charity that helps those with mental health problems on the streets helps him, Tommy is never assured of his forgiveness. He loves God, but he can never be sure that he is precious and loved. He spends his nights begging for forgiveness that was given him the first time he asked for it. He longs for love from a Father who gave everything because of how much He loves Tommy.

Tommy has been on the streets again for a week. He had a job in Islington, but he ended up back on the streets on Sunday, and he took a cigarette from a bloke that ended up being laced with a drug that landed him in hospital. Because he had no ID, his bracelet read "Unknown from unknown." And that rattled Tommy more than being on the streets.

You see, Tommy longs to be known.

And Tommy is known. He known to the very marrow of his bones. But how can we tell him of that? When I looked into his eyes and told him that God loves him, that God forgave him long ago, I knew that it was a truth that could transform Tommy's life. I knew that he never has to be afraid of being Unknown from unknown again. But Tommy has kept that bracelet on his wrist. He has kept that label on himself.

I still don't know what to say to these men and women who wear like armour the unjust labels that society has placed on them. We serve them food, and we speak truth and love, but more often than not, they still walk away. I think that maybe, putting new labels on them, the labels that their Father puts on them, is a start. We don't have to call their situation hopeless, because we know that hope has a name in Jesus. We don't have to call them alcoholics or destitute or crazy. We can call them loved.

I don't have anything more to say to them than that they are known by name and loved to the nucleus of every cell in their bodies. But I can say those things, and I think that it is enough for now. For now, we will be faithful with that. I think that speaking truth could be the first step in calling them home. 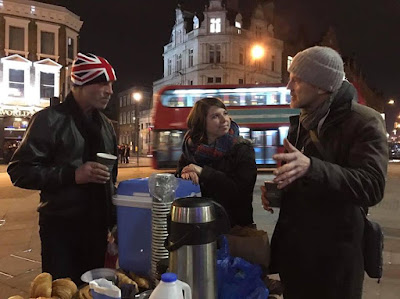 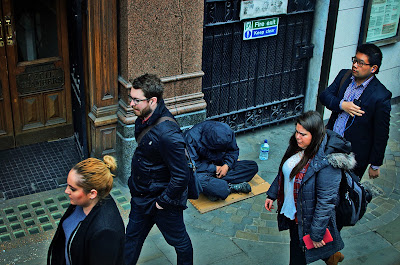