the taste of hope is thick in the air

Last Sunday, we celebrated the third birthday of Hope and Anchor Community Church in the best way conceivable: we bought three grills and barbecued in the street for the people of Camden. There's nothing quite so unifying as a free barbecue when the weather is nice, and we spent Friday and Sunday giving out flyers and inviting people to come round. At first they were suspicious, but when they saw the smoke and smelt the meat, they were keen.

I stayed downstairs to welcome the people that were coming, since many of them were the homeless friends I've made in the past year and a half of Lazarus Project, and as I escorted one of them upstairs to the table of breads and sauces, I stopped dead in my tracks. I have not often wanted to cry from wonder, but I couldn't help it. Chris was in the centre of the room, preaching about God's love for broken people, and the room was filled with new friends from the streets. As Chris mentioned that he, himself was broken, one of the women raised her hand and said, "But not as broken as me!" When Chris explained that Jesus came for people like us, those who are broken, she froze. She couldn't believe what she was hearing.

She didn't make it through the whole sermon; that much truth overwhelmed her. I followed her downstairs, though, and we stood in the sunshine as she told me a little bit of her story. She is not homeless anymore, but her children have grown and gone, and she feels terribly alone. Yet in the hour that we stood outside talking, countless people came up to say hello to her. She has such a gift for creating community around her.

I got to pray for her before the end of the evening, and as she left, she told me, "You've changed one woman's day today. I'll see you next week."

And do you know, I still can't really believe it. It was a dream come true to see so many people in our church. Apparently they are still talking about the barbecue in the various homeless drop-ins across the city. But it goes beyond that: the people who came, who were homeless and teenagers and adults and people with homes and families and people who were curious and people who were lonely and people, and people, and people...It wasn't just our dream. It isn't that we've been fasting and asking God for this for years. It is His dream. It was His dream long before it was ours. We've been learning to be faithful to His dreams without seeing much of it in reality, but on Sunday, we saw it. It came in the flesh to us. It asked questions and wanted prayer and answered back in the sermon and wanted prayer.

And I still can't believe it. It is so much better than I imagined. 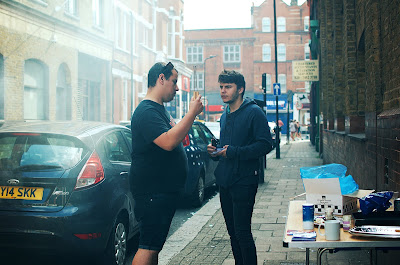 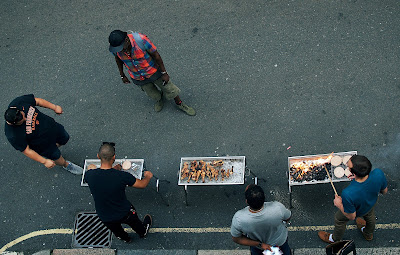 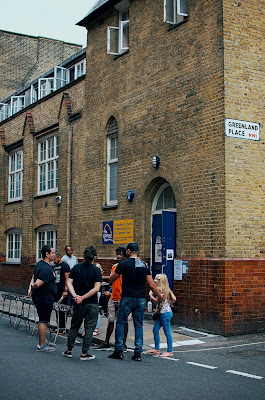