As a charity, we receive food donations from grocery stores who have surplus food. On New Year’s Eve, we received food from Marks and Spencer’s, a posh grocery store. We decided to push back all of our plans in order to pull out our giant yellow tent and to spend the last night of the year giving back to our community by handing out the food donations that we received.
In the end, I know that the food helped those who were homeless or who don’t have enough, but I think that it impacted the people who were on their way to New Year’s parties even more. They stopped to see what we were doing (we had enough sweets and bananas to hand out to everyone, not just to the homeless), and we ended up having conversations with them about what they were doing, what we were doing, and why we want to give back. We spoke to everyone who wanted to talk, from the homeless that we see regularly to the police officers who were brought into Camden specially for New Year’s Eve. Some people we spoke to about Jesus, and some we just listened to as they shared. It’s amazing the things people will open up about if you’ll give them space. Some of them need that more than they need food.
And also, I think that it impacted us to give the food away. We were focussed on winding down the year together and on what is coming in 2020, but it gave us a few hours to think in the present about the people around us. I love the holiday season, and I think that it’s great to have a chance to reflect, but sometimes we get caught up so much in reflecting on what has happened or will happen that we forget what is happening right now. And on New Year’s Eve, before we counted down to a new year, we got the chance to give away what had been given to us. We closed the year by reaching out to the people who live (or party or work) shoulder to shoulder with us in Camden Town.
We still had plenty of time to celebrate the New Year together, but I think the real celebration began the moment we put out that giant yellow tent.

(Also, a special shout out to my mum, who is in the third picture and who came along to help!) 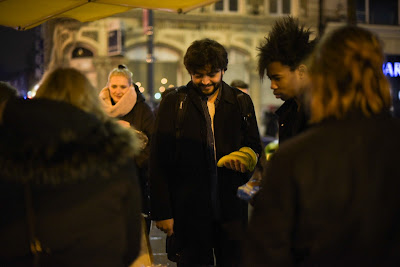 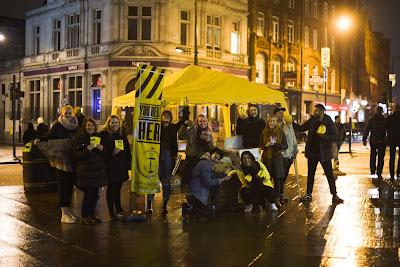 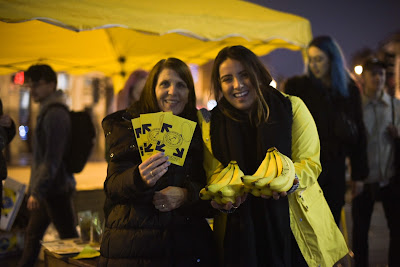 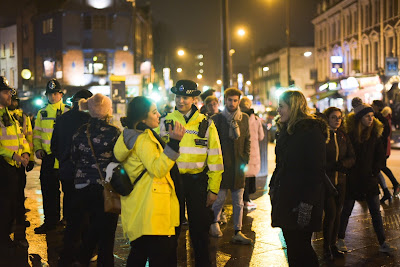 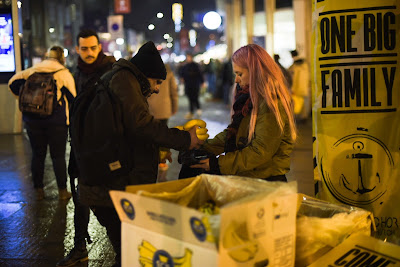